Review : Good (does what it does, which is good party funk)

Loyal to none
Haut 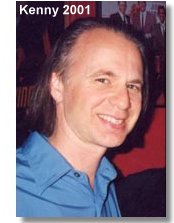 It's always good to see NC veteran guitarist Scott Sawyer teamed up with bassist Bobby Patterson and drummer Kenny Soule. Go There has been playing, off and on, for three or four years. But, it's been probably a year or so since I last heard of them playing together again. Thanks to WideSKY productions, this reunion of local musical heavyweights was made possible. WideSKY got the band back together for four shows, one of which was at Raleigh's Pour House. If you're familiar with the music scene in our area, you will surely recognize the names of the members that make up the trio that is Go There. The 400lb gorilla on stage would be the combination of Patterson and Soule playing together again. It's hard to ignore the fact that these two used to make up the rhythm section of the successful Raleigh funk and soul outfit called Dag. Joining forces with Scott Sawyer, they make quite a formidable trio.

Bobby Patterson, AJO’s bassist, brings years of touring experience and studio expertise to the band. A former bassist/singer of DAG, which released two albums with Sony in the late nineties, he “anchors the rhythm section like a ten-ton weight,” according to Juice. “Given the diversity of the music we play,” the drummer continues, “it’s crucial to have a bass player with the kind of taste and funkiness that Bobby has. Everyone in the band was a huge fan of his before we got together, and we still are now. Plus, he’s ridiculous live.

In addition to being a local music hero, Brian is also a graduate of UNC-CH and the Musicians Institute. He has extensive recording and touring experience with Dag (Columbia/Sony Music) and Mr. Potato Head. Brian has also served as a studio player and sideman on projects with Evan Olson (Universal Records), Chris Stamey, Sankofa, Hazeldine, Tres Chicas, and Andy Kuncl.
Brian Dennis is currently on tour with Gavin DeGraw!

J'ai plus qu'à me désinscrire

We bring you the real deal